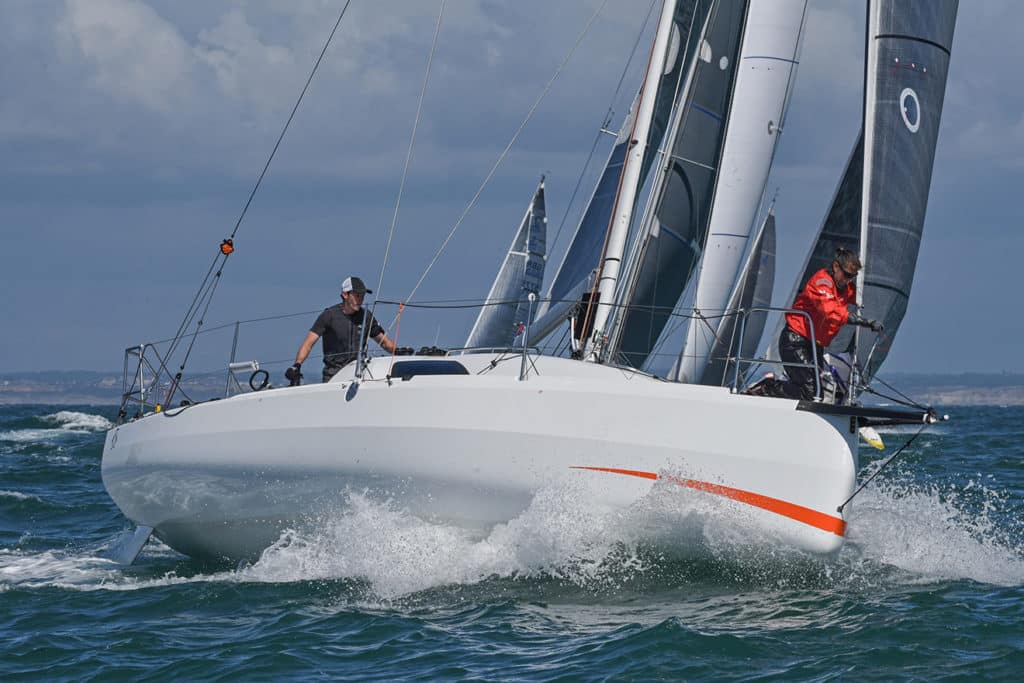 The RORC IRC Two-Handed Series overnight race was held in blustery conditions with about 25 knots from the north to north west. The RORC Race Committee set a course taking in all points of sail and requiring strategic decisions, especially with regards to tidal current and also for wind shadow on the southside of the Isle of Wight.

Undoubtedly the best start was made by Nicola Simper’s S&S 34 Blueberry, starting the race at full pace at the Squadron Line. The RORC fleet headed as far west as East Shambles buoy with Outer Nab 2 forming the most easterly point of the course. After a night of hard racing south of the island, the fleet hankered down for a beat back into the Eastern Solent to finish in the early hours of the morning..

James Harayda who is just 22-year-old, is a graduate of the GYT Traineeship programme, racing Gentoo with Dee Caffari who has sailed around the world six times. Dee is the first woman to have sailed single-handed and non-stop around the world in both directions. Harayda & Caffari have their sights set on representing Great Britain in the Two Person Offshore Keelboat Event for the Paris Olympic Games in 2024.

“You forget who you’re sailing with very quickly, Dee doesn’t come with an ego despite having achieved such amazing things,” commented James Harayda. “It’s a really nice dynamic on board, Dee brings a huge amount of experience that I haven’t had, I think our skills complement each other quite nicely.”