Has it been another week??

Well, we prayed for wind and, here we are, sitting with two reefs in the main and a storm jib up (a spinnaker down), still hitting 10-12 knots. For the last 4 days. Who knew there were so many different things on a boat to collide with?? Waves look and feel like 10 metres but am reliably informed they are only 4-5: they’ll be 15 by pint two at Spinnakers in Rodney Bay no doubt . Looking back on calm seas and 5 knot winds with a bit of nostalgia.

The squalls also began in the middle of the Atlantic…nothing for 9 days then about 15 in quick succession. Still, no one is turning their nose up at the freshwater showers from the second reef in the sail. Have had to rescue one of the hatches and outmanoeuvre some old fishing lines that got wrapped around the keel.

We’ve made it to two halfway milestones – overall distance (1450 miles) and halfway across the Atlantic from Cape Verde (1000 miles to go). Thanks to the Global Yacht Racing team for the mid-Atlantic party pack: though some things should not be attempted sober. There is a video (which should possibly be suppressed – see Harry). We have named the inflatable orca ‘Bob.’ Please send beer next time

Anyway something just crashed so more to follow: we have a growing list of Google questions if anyone is reading this with some spare time: still don’t know if/how fish sleep and is Sirius really 2 stars not one? Why does the moon go green sometimes (Thursday)? What day is it?? 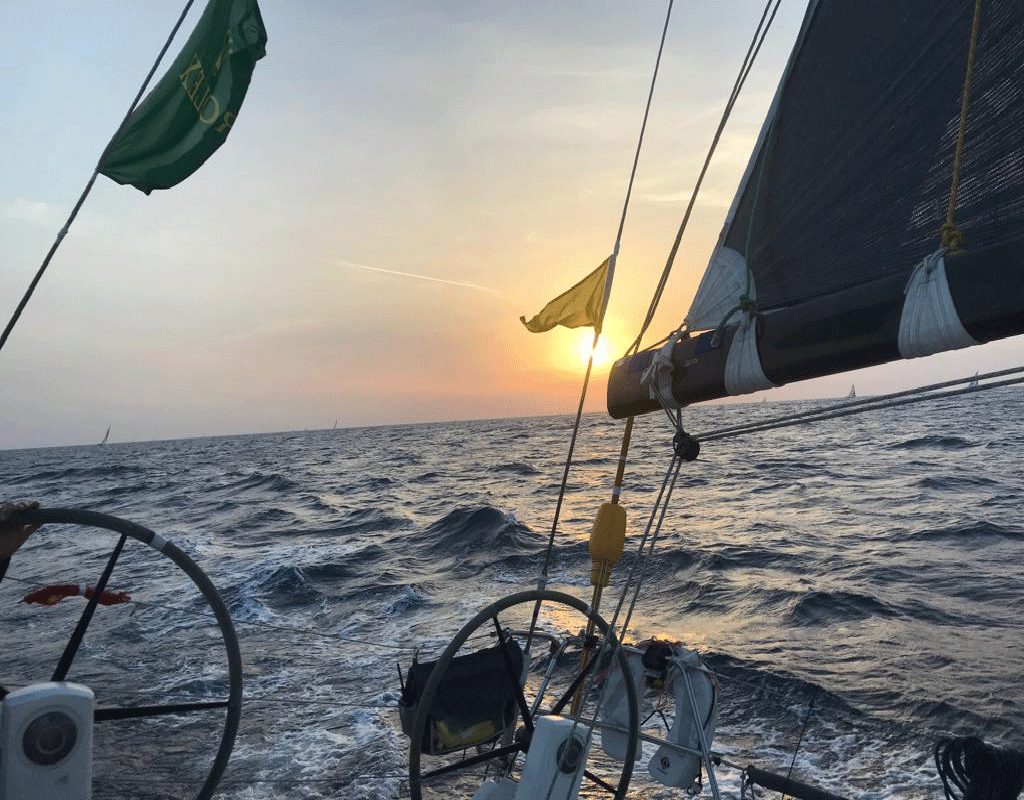