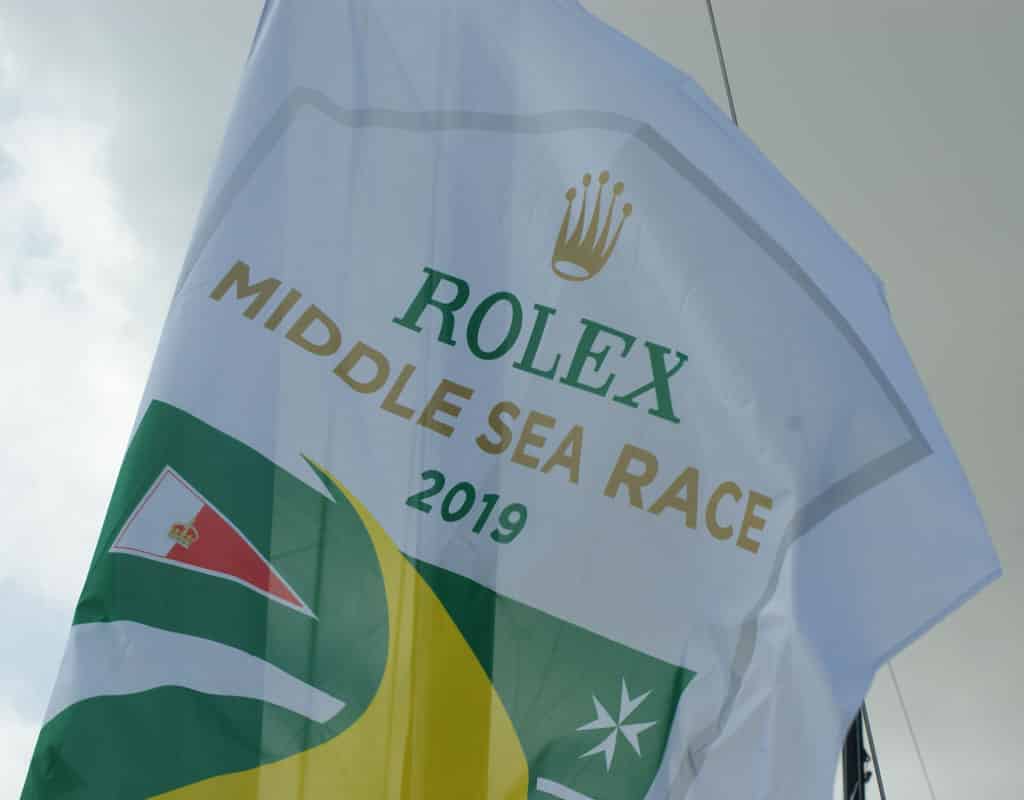 The Rolex Middle sea race is certainly a tale of two halves!

Or it was this year for sure.

The start in the amazing surroundings of grand harbour which was at first postponed because of lack of wind and then saw us on a very pedestrian start with 5 knots of wind just about enough to get us down the course, out of the harbour and to the first turning mark was a great experience but certainly not the emotional frantic start line we are used to.

This was a taste of things to come for sure as we battled day and night in very light winds to keep the boat moving, usually at around 2 knots of boat speed.

Mentally this is the hardest type of racing, it’s a constant battle to stay focussed and keep your mind on where to position the boat for the best chance of catching wind shifts or new breeze lines.

Sitting in these conditions for the first 3 days meant that the crew were most pleased with the constant command for weight forward and low. This, they took to mean laid down on the foredeck having a nap in the sun. All that was missing was a gin and tonic and a good book.

They suffered this hardship with not a murmur of discontent or a cross word, what troopers they were!

Getting into the Messina straights we were in a relatively good position although it was hard to know it at the time. The leading pack had managed to get quite a lead, but we were near the front of the chasers and didn’t feel too bad, until we hit what was a mother of all wind holes.

We could see the breeze filling in behind us and with it the chasing boats getting ever closer.

It is frustrating to say the least to be sat in no wind with the fleet getting ever closer and being able to do nothing about it. As one of the heavier boats we do not fair as well in light conditions and knew that we would not be able to hold our position once caught.

As the breeze filled in, we pushed through the straights but we now fighting with the fleet although it looked like a bit more breeze and a shift in direction once through which would hopefully mean we could get some places back.

We were right in many respects; the wind was fresher and we did progress but it was short lived before we were back to just focussing on forward momentum and trying to keep heading in the right direction.

Our efforts were however rewarded once we got to Stromboli and we were rewarded with a volcanic firework show at night as we passed the active island. Something I will never forget and definitely a once in a lifetime experience.

After a few more hours of battling the wind gods who it seems were having a days hours off we reached the corner of Sicily and the island of Levanzo. This is the point that the wind gods clocked on it seems.

They decided that a steadily building breeze was clearly too much hassle and so they just opened the wind taps to full and switched on 30knots of breeze for the upwind leg!

We literally went from 5 knots of wind to 30 knots in about 500 meters.

We had somewhat prepared for this and had the J3 on deck and plugged in and the first reef in the main.

Driving upwind in these conditions after 3 days of not much wind is somewhat of a shot to the system and the adrenalin certainly kicks in.

Its is simply awesome to experience and a lot of fun when the sun is out, and the rain holds off.

The good weather did not last though and while tucking in the second reef unfortunately the main ripped. As it was above the reef point we had no choice but to drop it and tie it up and proceed under J3 and trysail only.

The following day and a half was a war of attrition swapping in drivers that were able to deal with the condition evert 2 hours to battle the wind, rain and squalls. We managed to run from a few but also got caught by some which were on the whole manageable until the sea state sent a rouge wave to round the boat up and make you fight it back on course.

These conditions continued until the near Malta straights at which point the wind died down a little and the sailing conditions were much happier.

At this point with the main out of action and decidedly underpowered we knew the race had gotten away from us.

We were quick through the heavy stuff but ultimately, we didn’t have the grunt we needed to overtake boats.

Sailing to the last mark before the finish spirits were high as we looked forward to a cold beer and a warm shower.

We needed to stay high to prevent having to drop the spinnaker and creep upwind to the mark and the crew did a great job of gaining height when needed.

Gybing round the mark we had to hot up quite a bit to make the finish line but coming under spinnaker with pace was a great feeling.

Pictures were taken, hands were shaken, hugs were exchanged and after dropping the kite we came past the Royal Malta Yacht Cub with our trysail up to show our war wounds.

Hitting the dock, the organisers had kindly arranged that cold beer for us and boy did it taste good.

We showed the boat some TLC and tucked her up to finish the race, as always thanking her for getting us round and home safely.

This race is one of the hardest we have done in my opinion.

It is both mentally and physically challenging and certainly pushed you in both areas to places you have probably not been before.

The crew was great and there was always laughter, good conversation, a positive attitude and a drive to perform. Oh and there was a fair amount of snoring too but that I think was a symptom of the mental and physical exertion. 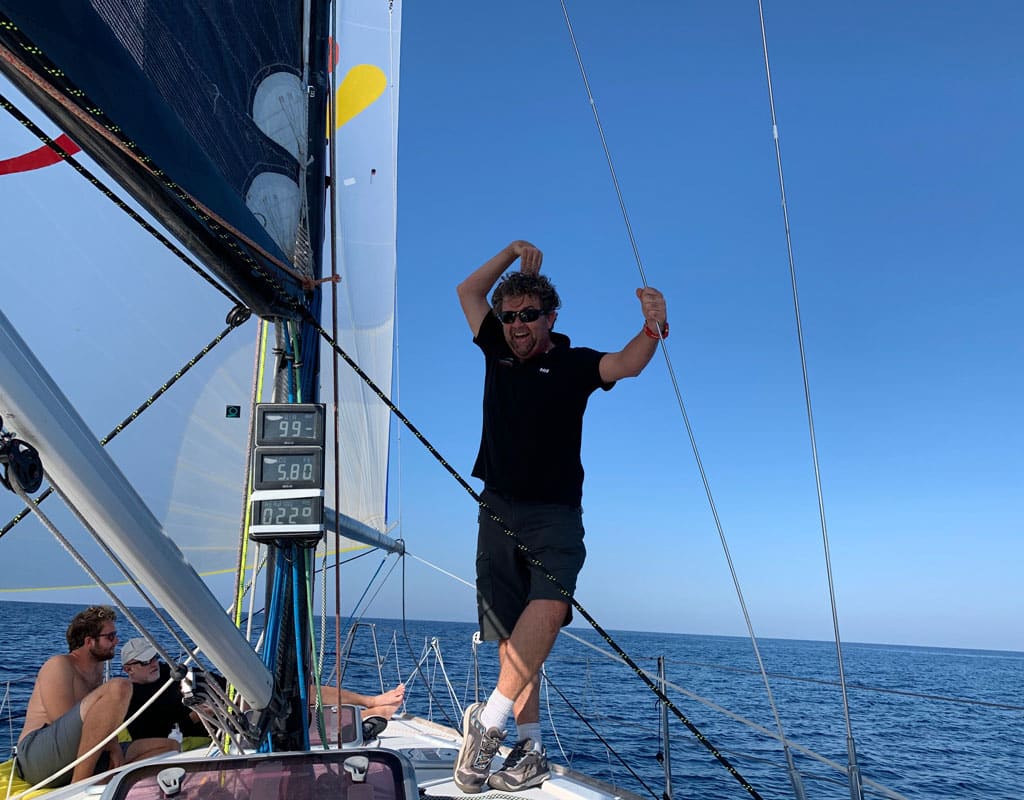